The head of the Africa Centers for Disease Control and Prevention warned against a "vaccine war" among nations.

Dr. John Nkengasong spoke Thursday at a World Health Organization event. He said that he "truly feels helpless that this situation is going to significantly impact our ability to fight this virus."

His was speaking about reports that the Serum Institute of India is suspending major exports of AstraZeneca COVID-19 vaccine. The reason for the suspension, the reports said, was to meet rising demand within India. 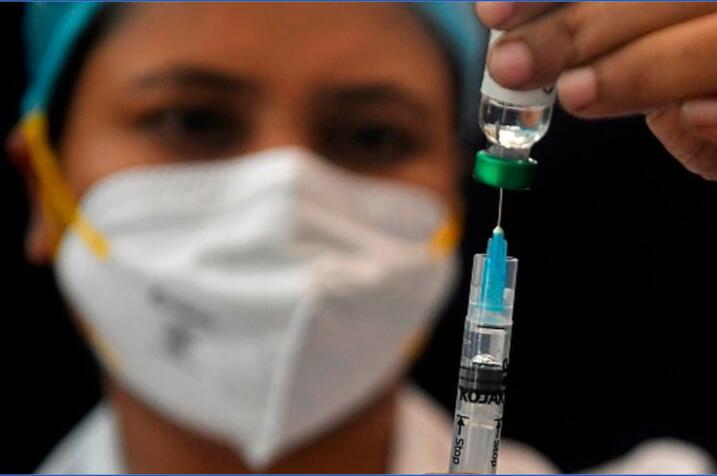 The Serum Institute of India produces the AstraZeneca vaccine that is being sent to Africa through the COVAX program. It is an international effort to make sure poor countries receive enough vaccines. At least 28 of Africa's 54 countries have received over 16 million doses through COVAX.

South Sudan received its first shipment of 132,000 doses of the AstraZeneca vaccine on Thursday. The WHO called the arrival a "giant step" toward equal availability of COVID-19 vaccines worldwide.

But COVAX has been facing delays related to the limited worldwide supply of the vaccine and other issues. At least 10 African countries have not yet received any vaccines, the WHO's area office for Africa reported. Those countries include Tanzania, Burundi, Eritrea, Cameroon and Chad.

Africa "has received limited doses and much later than the rest of the world," said Dr. Richard Mihigo. He is a program coordinator overseeing immunization and vaccine development with the WHO's Africa office.

Officials hope to vaccinate 60 percent of Africa's 1.3 billion people by the middle of next year. That would help Africa reach herd immunity. That term describes when enough people are protected through infection or vaccination to make it difficult for a virus to continue to spread.

But that target most likely will not be met without the widespread use of the AstraZeneca vaccine. Many experts consider it necessary to the effort to stop the coronavirus. AstraZeneca's vaccine is less costly and easier to store than many others.

Experts warn that until vaccination rates are high worldwide, the virus remains a threat everywhere.