A university lecturer who was sacked from his job for "aggressively" using excessive amounts of question marks in texts has won a pay-out.

Binoy Sobnack was removed from his role as warden of a hall of residence at a University following complaints that his use of "multiple punctuation marks" created an "intimidating" tone.

The physics lecturer was accused of unprofessional behavior toward sub-wardens who helped him take care of the students. 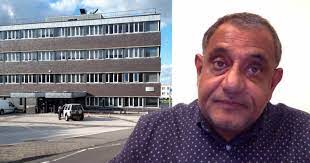 Messages sent by Dr Sobnack included one that featured six question marks: "Why don't you listen?????? Stick to what has been decided!"

But an employment tribunal has ruled Dr Sobnack was unfairly dismissed and awarded him almost 15,000 pounds in compensation.

However, a judge ruled that the messages were "brusque, blunt and unnecessarily aggressive in tone" and reduced the compensation amount.